Parrot behavior consultant and toy designer, Concetta Ferragamo presents TWO keynote topics at Parrot EXPO this year: Behavior and Training and Foraging with Your Parrot. She  is a Certified Parrot Behavior Consultant (CPBC) through the International Association of Animal Behavior Consultants (IAABC) and is a professional member of the International Association of Avian Trainers (IAATE). She specializes in addressing behaviors from within a cage or enclosure, either individualized (within a home) or commercial (setting up bulk products in businesses). 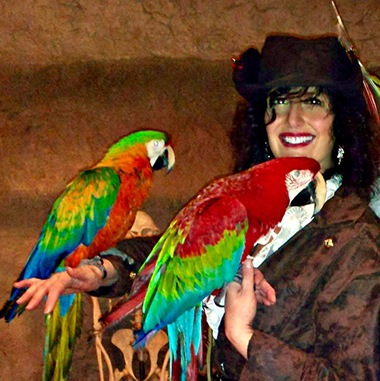 Concetta supports aviculture through educational programs and has been published in AFA’s Watchbird Journal, Bird Talk magazine. Ferragamo supports various parrot conservation as well as select private rescue/adoption shelters and sanctuaries. She is a member of the conservation committee with the American Federation of Aviculture, Inc. (AFA). Concetta has been a Member of the Board of Directors for the American Federation of Aviculture, Inc. (AFA) since 2011 and is the Northeastern Regional Director of the AFA.

She offers private behavior consultations starting at $75. The initial consult is free and is a discussion covering what the undesirable behaviors are and an assessment of going forward with an action plan. Ask her for more details at Parrot EXPO! 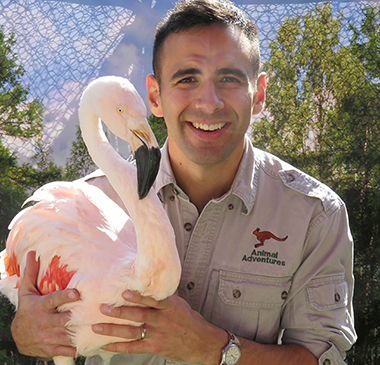 We’re delighted to announce that Nature Nick will present three shows at Parrot EXPO this year!  Your ‘All Access’ regular admission ticket, senior and kids’ tickets include admission to this special event! Tickets to Nature Nick only are $5.00 and do not include admission to the vendor room or other presentations. You can beat the whole thing by arriving early—Long Island Parrot Society members are admitted FREE to Parrot EXPO until 10AM!

Nicholas Jacinto grew up in Long Island’s Pine Barrens area and he was fascinated with the natural world. By age 5 he was collecting box turtles and snakes in vivariums set up in his bedroom. By 10 his collection grew to include birds, ferrets, chinchillas, rabbits, fish, and reptiles.

After achieving Bachelors’ degrees in Childhood Education, Special Education, and Speech Communications, Jacinto created his wildlife show, Nature Nick’s Animal Adventures with exotic species which had rarely before been seen in mobile animal shows. Jacinto is a federally licensed master animal handler. His permits allow him to work with native wildlife, dangerous wildlife, and endangered species. He is also licensed to breed and propagate dwindling species. Because of his unique qualifications and expertise, he is in demand as a consultant for zoos and wildlife centers, and he routinely works on TV shows and movies where exotic animals are required.

Touring in a custom RV, he and his menagerie frequently appear at fairs, expos, nature centers, schools, and libraries across the country. He is regularly highlighted on TV programs such as The Today Show, Good Morning America, & PIX 11 News. He is the resident animal expert for Good Day New York. 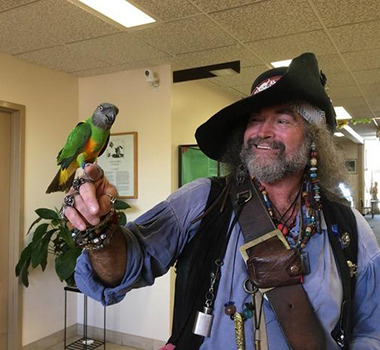 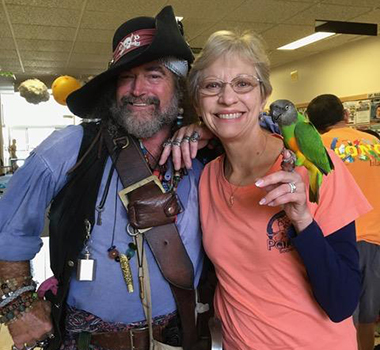 Ye Pyrate Brotherhood is a non-profit organization dedicated to informing the public about the lifestyles and business practices of seamen during the period of 1650-1730. They employ living history interpretation as a primary method of accurately portraying the lifestyle, manner of dress and speech, common knowledge and skills, weapons, tools, and crew organization of both pirates, privateers and ordinary seamen both afloat and ashore during the Golden Age of Piracy. They believe history should be alive and vibrant so the public, and especially children, may readily see the true seafarer or mariner  in contrast to pirates and seamen typically portrayed in the movie industry. Visit the pirates at EXPO!

Dr. Lofgren is a graduate of the University of Pennsylvania College of Veterinary Medicine, where she pursued her interest in exotic animal medicine with externships and rotations through exotics hospitals around the world. She joined LIBEVC in 2018 where she is proud to be able to pursue her professional interests, including urology and aquatic animal medicine. Dr. Lofgren speaks Mandarin, and enjoys spending time with her two ferrets, and axolotl.

Ms. Waldron graduated from SUNY Plattsburgh in 2014 with a B.S in Biology  When she is not at work she enjoys singing with her macaw and African grey parrot and snuggling with her sugar glider.  She enjoys the many learning opportunities and hands-on experience that comes with working at LIBEVC.